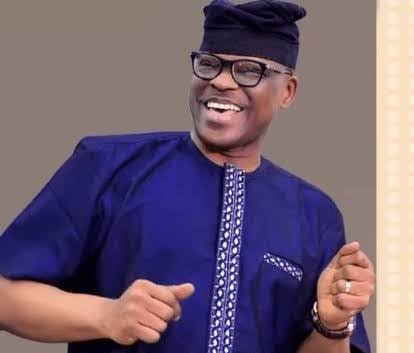 There are indications in the opposition Peoples Democratic Party (PDP) that the choice of running mate muted by the governorship candidate of the party in Ondo State, Mr Eyitayo Jegede (SAN), may tear the party apart if he remains adamant with any of his preferences.

Starnews NG gathered that since the news of Mr Ikengboju Gboluga and Mrs Banke Sutton came to the public glare as Jegede’s choice(s) for a running mate, many of the governorship aspirants who participated in the PDP primary with him have opened their doors for various entreaties.

Starnews NG can report that Agboola Ajayi, the Ondo State Deputy Governor is already set to lead the battle for a third force agenda with the alleged support of former Governor Segun Mimiko of Ondo State.

Gooday Erewa was said to have been approached by the Labour Party (LP) to pick their ticket and fly their flag to run in the Ondo State Governorship Election slated for October 10, 2020.

The investigation by Starnews NG reveals that other governorship aspirants like Banji Okunomo, Sola Ebiseni, and Eddy Olafeso are being wooed by the ruling All Progressive Congress (APC) while Ajayi was reportedly also talking to them for a third force agenda over the claim that the ruling APC led by Akeredolu in Ondo State cannot fly.

Some of the aspirants who spoke to Starnews NG said Jegede has not changed his political style. They accused him of being vindictive by pursuing an agenda of winner takes it all.

They claimed he rejected all the wise counsels by leaders and members of the party to pick his running mate outside his political camp, especially among any of the governorship aspirants so that he could unite the party and expand his political structure.

They alleged that both Gboluga and Banke are inner Caucus members of Eyitayo Group -a development that signalled that Eyitayo would not run an all-inclusive government if he succeeded in emerging as Governor of Ondo State.