Skip to content
You are here:Home|News|Nigeria May Be Excluded From Rapture – Nigerians React As WhatsApp Crashes Worldwide Without Affecting Nigeria

Starnews learnt that the crash affected WhatsApp in every part of the world except Nigeria without any technical explanation by expert even till now.

The development has however generated lot of hilarious tweets and jokes on social media especially on tweeter.

Some Nigerians were of the opinion that the country has been excluded from being part of the world, while some said it was as a result of the change agenda of president Muhammadu Buhari administration.

Others said it was the sign of a failed State under President Buhari while some said it was  a sign that Nigeria may not be raptured at the end time.

See some reactions below: 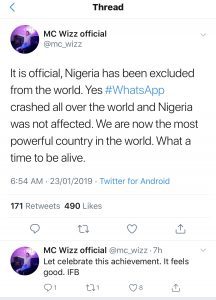 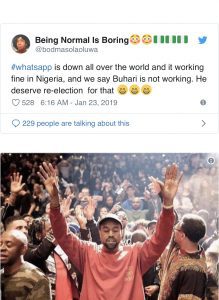 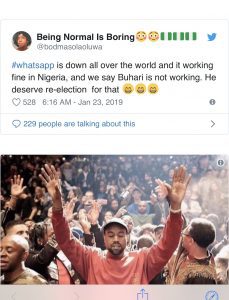 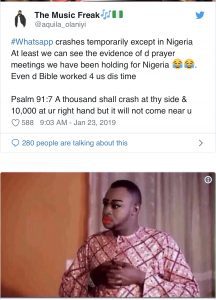