Skip to content
You are here:Home-News-Atiku Provides Proof of APC Plot To Rig Election For Buhari

In a statement Friday night by his Special Assistant on Public Communication, Atiku stated that the revelation was a result of its extensive intelligence gathering network to identify and prevent the ruling party’s brazen and ultimately failed attempts to rig the results.

“It is public knowledge that Sani Musa, popularly known as Sani 313 is a card carrying member of the APC and a close associate of several stalwarts of the party, including President Muhammadu Buhari who apparently pushed his nomination”, the statement reads.

“But shockingly, the APC Senatorial candidate for Zone B of Niger State, Mr. Mohammed Musa, has a contract with INEC to supply key voting materials in an election he is participating in, which is a clear conflict of interest and raises questions of probity and oversight in the issuing of INEC contracts.

“The INEC contract was to ‘upgrade’ the card readers and to print PVC cards. Further investigations have shown that the ‘upgrade’ consisted of pre-programming the card readers to accept fake replica PVCs (copies of genuine PVCs) that the firm printed in Nigeria. These two activities were undertaken so that the APC could boost its vote tally in its strongholds or force votes in Polling Units at PDP strongholds to be null and void by over-voting .

“Our investigation also identified the seven States where this activity was due to take place and we have therefore informed the Observer Community and our own extensive network of over 176,000 Party Agents so that they can forestall this activity by checking cards as allowed under INEC guidelines.

“Other investigations have revealed that an employee and Director of Activate Technologies and an APC member, Mr. Mohammed Keffi, was filmed at Abuja Airport Domestic Departure Lounge on 29th December opening an official INEC envelope and then handling multiple ballot forms which he was checking off against his mobile phone.

“Sources also confirmed that this person was one of the people who was loading the fake card numbers into the ‘upgraded’ card readers in the Residence of the former Governor of Akwa Ibom, as well as other ‘Card Reader Farms’ in Abuja and Kano. These ‘farms’ are under guard by members of Government Security agencies.”

Atiku said while Alhaji Sani Musa has the right to hold any public office in spite of his line of business, it is morally unjustifiable to allow a well-known supplier of sensitive INEC materials to partake in an election in which the key materials to be used for the poll were supplied by him.

He lamented that Activate Technologies was given contracts by INEC to supply PVCs for the 2019 general elections in spite of the fact that the owner of the firm is a candidate in tomorrow’s poll.

“A copy of one of many such contracts with reference number INEC/HQ/PROC/ICT/S106/1 dated October 4, 2017 and signed by the Secretary to INEC, Augusta Ogakwu, stated that the firm would need to print 112, 218 PVCs, ” Atiku said.

“Mr Musa had attempted to hide his ownership via proxy shareholders who have been revealed as members of his own family. However his position as Founder and MD of Activate Technology Limited was clumsily exposed to the world via his Linked-in page where he bragged about his firm to secure more business for it.

“Our candidate and the Party has conducted extensive research into what the APC will be attempting to do to shore up their collapsed vote share in these elections having studied what we call the “Osun Playbook”. We have been able to implement extensive preventative measures to pre-empt their plans.

“So the Nigerian public can go out and vote confident in the knowledge that their vote will count. Our candidate has said on record that “even if you do not vote for me, please go out and vote as this election is not about me, it is about Nigeria and your future”, the statement added. 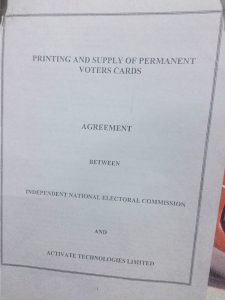 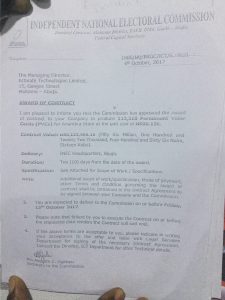 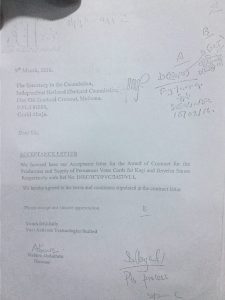 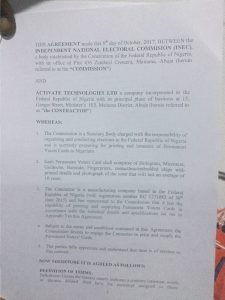 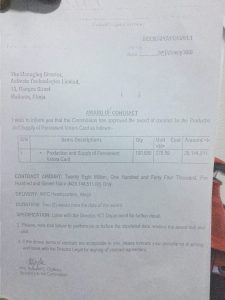 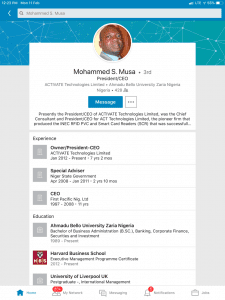