Skip to content
You are here:Home-Uncategorized-MFM Pastor Reveals Where God Lives In Heaven

A popular gospel pastor, a minister of Mountain of Fire and Miracle Ministry (MFM) and the National President of Council of Concerned Youth of Nigeria (COCYON), pastor Olumide Akinrinlola has taken to his Facebook evangelical page to hint his followers and described to them the exact location of God in Heaven.

Pastor Akinrinlola revealed in part 3 of one of his consistent messages titled the “Mystery of Creation” where he posited that God in Heaven is residing inside a mysterious light .

The pastor concluded base on the scriptural passage of 1Timothy 6 vs 16 which read thus: “Who only hath immortality, dwelling in the light which no man can approach unto; whom no man hath seen, nor can see: to whom be honour and power everlasting. Amen.”

In his article, pastor Akinrinlola said:

“The above scripture (verse) described God as immortal who dwell in the light which no man can approach unto.”

“In short, this verse has revealed unto us that God is dwelling inside the light which no man can approach.”

“I think the answer to the question: “where does God live in heaven” has been successfully answered by (1timothy 6:16).”

“Our God in heaven is residing inside the light no man can approach.” that is quite obvious, pastor Akinrinlola stated.

In previous messages, “the mystery of creation” part one and two, pastor Akinrinlola has earlier revealed how God used the deep waters to form the heaven, (not the first heaven),the Earth and the Sea quoting Genesis 1:1-20 to give his commentary. The pastor also gave clarifications in part 2 on the type of living beings residing beneath the earth upon the saying in Philippians 2:10 that every knee in Heaven, on earth, and beneath the earth should bow at the mentioning of the name of Jesus Christ which gave the confirmation that there are some living creatures who reside under the earth (beneath the earth) apart from those in heaven and on earth.

Pastor Akinrinlola is popularly known for his daily articles on social media about the end time. 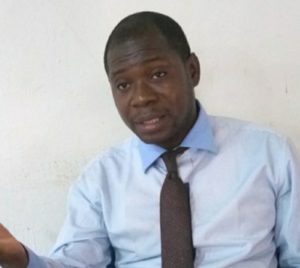