Skip to content
You are here:Home|Opinion|Letter To Ondo South About Okitipupa Oil Palm PLC 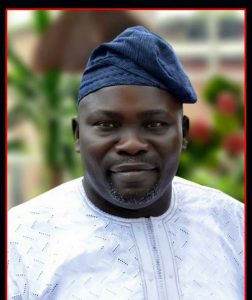 Besides its major aims and objectives of production, the oil palm company reduces the level of unemployment and joblessness in those days as over 1,000 residents of the southern senatorial district of Ondo State  were employed with over 300 Entrepreneurs produced by the company.

Just like how hundreds of public establishments in Nigeria have gone moribund as a result of mismanagement by government officials, so also Okitipupa oil palm company was never an exception. The company has gone moribund in the hands of successive governments since the return of democracy in 1999.

However, the situation has become worse under governor Oluwarotimi  Akeredolu in conjunction with Mrs Osomo led management, especially from February 2018 when the new Board of Management was constituted. It has been ONE STEP FORWARD, TWO STEP BACKWARD since the new board took over the leadership of the oil palm. The company has been moving from one crisis to the other.

In spite of governor Akeredolu’s intention to work with other groups to move the company forward, Osomo and her team have been another major factor slowing down the progress of the oil palm base on their claim of having majority shares of the company since 2004, despite running the  organisation aground with lot of debts incurred by them but were liquidated by the Ondo State government; which if converted to equity, makes the State government the largest share holder- a case still subject to litigation in court till today.

I could recall that was the major reason late Dr. Segun Agagu and Dr Segun Mimiko never cooperated with them in the management of the company because of their difficult stance. Their ambition is to completely edge the government out of the company and take over the place as sole owner.

Since Akeredolu became the governor of the state and reduced governance to family affairs, the oil palm has suffered a major set back and may be dead any moment from now; most especially sister to brother’s relationship affairs being carried out by the duo who are related through the Apoi community in Ese Odo Local Government of Ondo State.

Or how do we explain the appointment of Mr Adewole Taiwo, the governor’s relation, who was appointed a consultant to take over the affairs of the company since 2018 -a man that has never been exposed to any form of management before his appointment. Akeredolu brought his relations from Owo local government of Ondo State to take charge, and ever since then, the center cannot longer hold.

The workers have been on strike since August 2018, protesting against the abuse of power, corruption, greed and official high handedness.

The man in question (Adewole Taiwo) cannot explain how he spent the sum of Eighteen Million, Nine Hundred Thousand Naira Only (N18.9M) that he met in the company’s account in 2018.

It is also in the public domain that the said man spent 3 million naira as hotel accommodation within 3 months.

The newly inaugurated board of directors had also spent Twenty Million Naira (N20M) as allowances within the period of 4 Months.

This is a company that cannot longer generate more than N150M in a year base on the forensic audit carried out on July and August 2018 to ascertain the current profitability status of the organisation, among others

Akeredolu’s brother, Adewole, has no respect to the traditional institutions, titled chiefs and land owners in ikale and Apoi land ever since our governor brought him from Owo to head the oil palm company.

I am aware he is treating our royal fathers and land owners with so much disdain because he arrogated so much powers to himself being a relative of the governor.

This is sardonic and regrettable that our people fell into the trick of the change mantra despite our warning.

Please where are the wailing wailers who dragged us into this mess? Have they learnt anything? I hope so.

Solomon Bitire is a PDP chieftain and former chairman of Okitipupa Local Government of Ondo State.