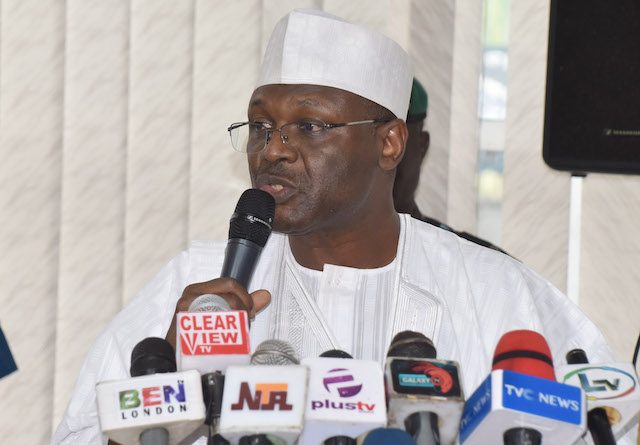 Senate President, Dr. Ahmad Lawan read the letter on the floor of the senate on Tuesday.

Lawan sought the input of the Senate on the matter and called for expedite action on the confirmation of Yakubu as INEC chairman.

Buhari had on 28 October, 2020 re-appointed Yakubu as INEC chairman for a second term and sought the approval of the senate.

The Special Adviser to the President on Media and Publicity, Mr. Femi Adesina, had disclosed this in a statement.

He said: “In a letter to President of the Senate, Dr. Ahmad Lawan, the president said in accordance with the provision of Section 154 (1) of the Constitution of the Federal Republic of Nigeria, 1999 (as amended), ‘I am pleased to present for confirmation by the Senate, the nomination of Prof. Mahmood Yakubu for appointment as Chairman, Independent National Electoral Commission (INEC) for a second and final term.”

Yakubu was first appointed by Buhari in November 2015.

He is the first chairman of the commission to be nominated twice.