The Senatorial Candidate of the People’s Democratic Party (PDP) in Ondo South, Otunba Nicholas Tofowomo, has called on the federal government not to heed to the call for the alteration of the railway line which passes through Ore community in Ondo south for Akure city under Ondo central.

In a release made available by his media director and publicity, Olumide Akinrinlola, the PDP Candidate said the call by the people of Ondo central Senatorial district for railway line is good but must not be at the expense of Ondo South for the sake of peace. 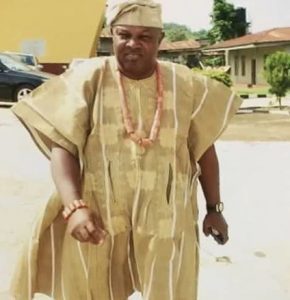 “Our attention has been drawn to the agitations by Ondo Central Senatorial District led by Senator Tayo Alasodura, urging the federal government to ensure the railway line passes through Akure City, the Ondo State capital.

“We have also been inundated about the plans by federal government to alter the master plan of the rail line that passes through Ore community in Ondo South in favour of Akure Community In Ondo Central.

“As a patriotic citizen of Ondo State, I am not against the development of any part of the state especially the extension of railway line or inclusion of any community in the construction of rail line but I dare say, that my humble self and the good people of Ondo South will not allow the development of our Senatorial district to be shortchanged or sacrifice for another Senatorial district under any guise.

“Apart from the fact that Ore is the commercial nerve center of Ondo State, we wish to remind the federal government that the master plan of the railway line from Lagos State, southwest Nigeria, to the Eastern part of Nigeria, was routed through Ore Community in Ondo South of Ondo State because Ore is the only city that links the south-south, south-east and south-west together.

“The construction of 300km of railway line came from Lagos-Sagamu-Ijebu Ode-Ore-Benin City and goes to the Eastern part of Nigeria. The federal government should jettison any call to alter this arrangement.

“The government should know that Ondo South is the only Senatorial district in Ondo State which enlisted Ondo State as Niger-delta state which contributes 65% of the total revenues being generated by the federal government in Nigeria.

“Ore city has suffered so much in the hands of successive governments since the independence of Nigeria in 1960. The government cannot be spending our money to develop other part of Nigeria while we are cut off from such developments even when we are part of the reason such development is able to take place in the first place.

“The federal government should desist from any act that can breach the relative peace and cooperation they have been enjoying from our people in Ondo South. The existing arrangement of the railway line that passes through Ore community of Ondo State must not be altered for any reason.

“I hereby call on the good people of Ondo south to remain calm.

“Like I have said during my campaign in Ore, I am not going to be a docile senator if elected into the senate by the good people of Ondo South.

“I support the extension of railway line to other Senatorial districts of Ondo State but I will fight to resist the alteration of the master plan which routed the rail line through Ore. We won’t allow that to happen.

“Hence, I seek the support of the electorates in Ondo South to cast their votes for me as their next Senator ahead of the general election on Saturday,” the statement added.