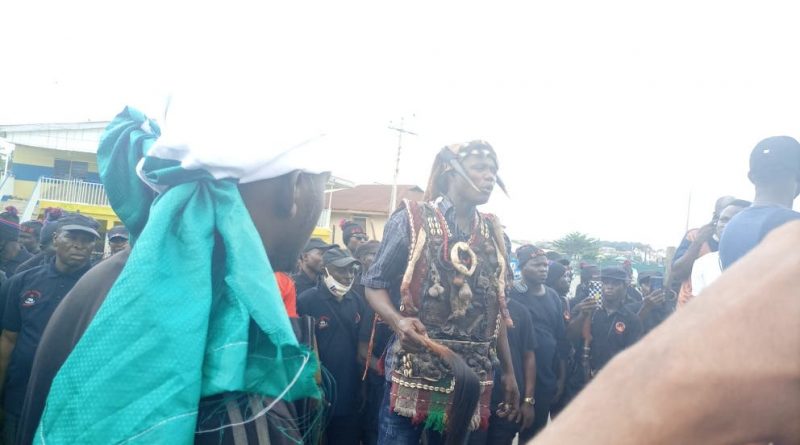 As youths in Osun State continue to protest against Police brutality tagged #EndSARS in Osogbo, hunters in the state have also joined the protest calling for complete reform of the police.

Commandant of the Hunters Guild of Nigeria in Osun State, Nurein Hameed, addressing #EndSARS protesters at Olaiya junction on Tuesday disclosed that the group was motivated to join the protest to curb hoodlums from hijacking the process and would provide African magic security backing to the protest.

He said hoodlums have taken advantage of the protest to loot shop and businesses in the state capital, hence, their decision to provide adequate security for protesters and residents of the state.

According to him, the hunters would not only join the protest, but also parade streets of the state to ensure that hoodlums were prevented from extorting and looting the public.

He berated hoodlums who hijacked the state Governor Adegboyega Oyetola last weekend, saying their duty would include apprehending such persons and hand them over to police.