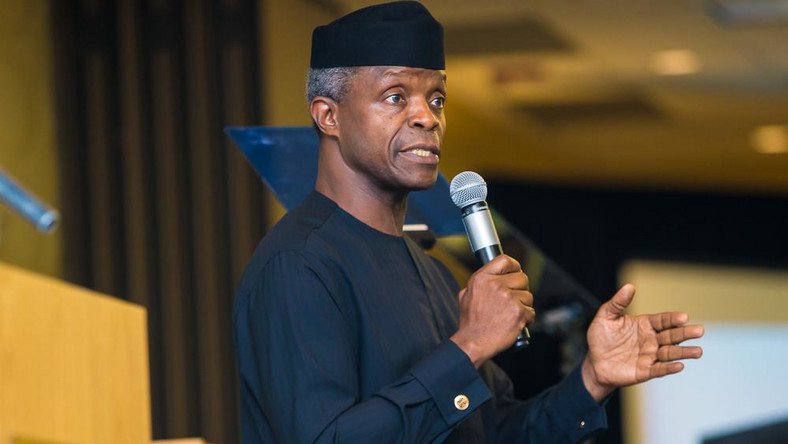 The Christian Association of Nigeria (CAN) yesterday described the corruption allegation against Vice President Yemi Osinbajo as a sham and urged Nigerians to discountenance the claim since those peddling it could not provide evidence to substantiate it.

The Vice President was accused of mismanaging N90 billion allegedly provided by the Federal Inland Revenue Service (FIRS) for the 2019 election campaigns, an allegation he has vehemently denied, threatening to sue those behind it.

The CAN President, Dr. Olasupo Ayokunle, who spoke to journalists in Abuja after a meeting with the Vice President said no one should crucify Osinbajo over an unsubstantiated allegation.

“We were there to pray for him and asked him to tell us about the allegations made against him, whether they are true or false. He has cleared the air that there was no iota of truth in what some people put out against him and that he was ready to prove himself and to go all out with them.

If there is an allegation, there must be evidence. We see it as rubbish and that can never happen with him and will never happen,” he said.

Ayokunle urged Nigerians not to give room to those who want to persecute the innocent but to join hands with government to salvage the country especially at this critical period.

While assuring the Vice President of the association’s support, the CAN President, warned that nobody should toy with the innocent that are faithfully serving the nation, adding that the whole country will rise up to fight for him.

If the allegation is not true and the people alleging it could not prove it, then we will all be proud of him and all Nigerians should join hands to fight for him,” he said.

When asked the mission of CAN delegation to the vice president, Ayokunle said they went to hear him out and to pray for him.

According to the CAN president, “the church and all Nigerians are proud of the vice president and will continue to pray for him.”

Recall that a statement posted by the spokesperson of the Vice President, Olaolu Akande on his Twitter account on Wednesday, said all corruption claims against Osinbajo were false.

Akande warned that legal action would be taken against sponsors of the libelous claims.