APC Faster Than INEC, Releases Some Election Results On Twitter

On his tweeter page, the All Progressives Congress (APC) has defiled INEC by releasing some election results on twitter despite being one of the major political parties which fielded a candidate in the Ekiti election which took place today.

As at the time of filing this report, the Party, APC, is still releasing some election results from various units and wards in Ekiti State.

See the screen shot of some election  results released by the party (APC)  below. 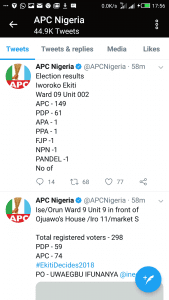 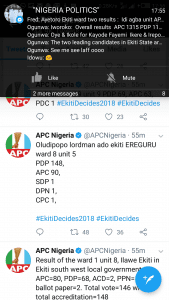 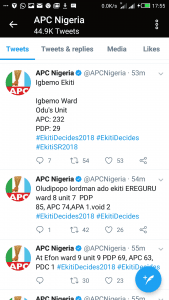 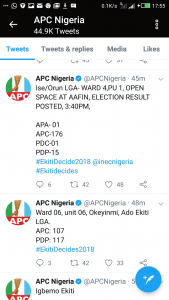 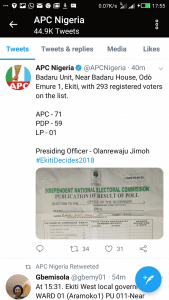 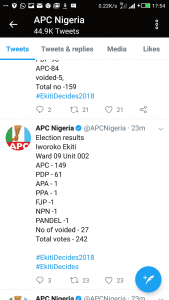 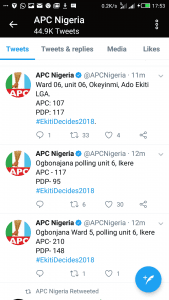