Skip to content
You are here:Home-News-Abuja Light Rail is our project, PDP Hints Nigerians

The Peoples Democratic Party (PDP) has  on Thursday hinted Nigerians that the Abuja light rail Project was conceptualized, initiated and policy-propelled by the PDP, saying that Resident Buhari’s action underscores his desperation to claim achievements made by others in a frantic bid to cover incompetence and failure of his administration.

The PDP took a swipe on President Muhammadu Buhari and the All Progressives Congress (APC) for taking credit for Abuja light rail initiated by the PDP while they were in power. 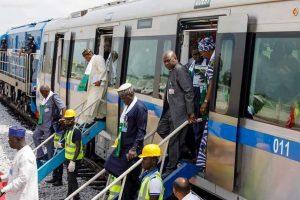 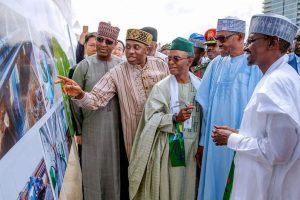 PDP said: “President Buhari’s showboating and rush to commission the rail project, without giving credit to the PDP, even when his administration contributed nothing to the project, underscores his desperation to claim achievements made by others in a frantic bid to cover incompetence and failure of his administration.

“It is crystal clear that President Buhari cannot comprehend the design, scope and utility projection of the rail project resulting in his hollow speech at the photo-op commissioning ceremony.

“Is it not unfortunate that, after three years in office, President Buhari cannot boast of any development project conceptualized and executed by his administration in any part of the country, resulting in his numerous face-saving stunts, including commissioning projects executed by others, amongst them, a bus stop in Lagos and a borehole in Jigawa states.

“The PDP usually watch with amusement whenever President Buhari and the APC seek to claim credit for our achievements in various sectors. However, while we understand their predicament of having nothing in their scorecard ahead of the 2019 general elections, we state that poaching the achievements of others cannot help them in anyway.

“It is even more pathetic that not only that the Buhari administration lacks the capacity to articulate and run any precise economic policy or project, it is also so inept that it cannot leverage on those handed over to it by the PDP, resulting in the helpless situation we have found ourselves as a people.”