A chieftain of the People’s Democratic Party (PDP) and Former Chairman of Okitipupa Local Government of Ondo State, Hon. Solomon Bitire, has said that President Muhammadu Buhari should stop begging Nigerians for his re-election by using another vain promises because he has already failed in his first coming as the president of the country. 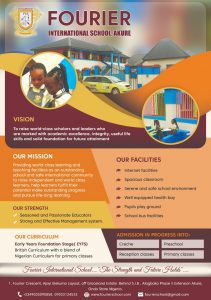 In a statement he personally signed and made available to our correspondent in Okitipupa, Ondo-State, Bitire reacted to the statement credited to president Buhari in Uyo, the Akwa Ibom State Capital, where the president promised not to fail Nigerians if re-elected for second term.

Bitire said Buhari is shameless and has no integrity for embarking on another vain promises like what he did in 2015 without fulfilment till date.

According to him: ” Buhari does not have any integrity. He’s shameless and I expect him to bury his head in shame. How could he beg Nigerians for second term and promise not to fail them when obviously he was tested with a first mandate and he ended up dissapointing the nation.

” I read in the news how he embarked on another vain promises like what he did in 2015 without fulfilment. What does it take us for? Has he given account of his stewardship for his first term in office as the president? the statement added.

Bitire also said that the president is always a direct opposite of his words.

“Everything the president promised always come as direct opposite of his words. When he promised employments, Nigerians got mass disengagement from service. He promised security but the country witnessed the unprecedented level of insecurity. He promised better economy but Nigeria’s slid into recession. Nigeria is now the capital of poverty,” Bitire added.

He advised Nigerians not to miss the only opportunity they have to vote out the administration of the All Progressive Congress (APC) led by President Buhari in 2019.