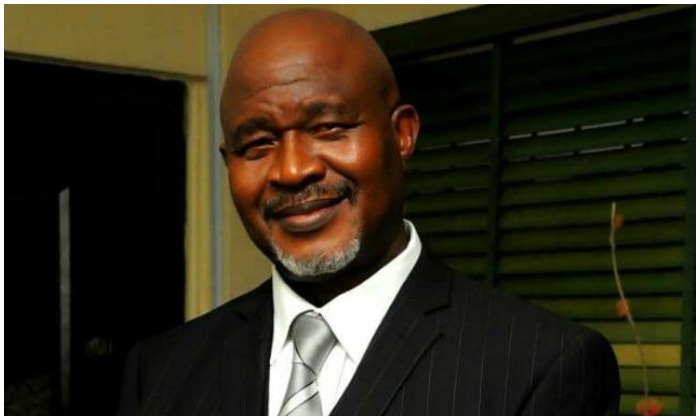 He also said he had to resign from the Akeredolu-led government following the ill-treatment meted out to him by the governor for the three and a half years he was with him.

The former SSG said these in an interview he granted in the Yoruba language on Crest FM, Akure, shortly after he tendered his resignation to the state governor in a letter he personally signed on Monday.

The resignation letter titled ‘Letter of Resignation’ read, “I, Hon. Ifedayo Sunday Abegunde, the Secretary to the State Government of Ondo State hereby tender my letter of resignation.

“I want to thank Mr Governor for giving me the opportunity to serve the Government and people of Ondo State.

“Again, my family and I wish Mr Governor quick recovery.”

He boasted that he was one of the APC chieftains who worked vigorously for Akeredolu to ensure he was made the governor in 2016.

He said, “I suffered in his (Akeredolu) administration because he didn’t release any fund for my office grants. He has been telling lies that he was giving me N5m every month even when he knew he didn’t give me such money.

“Where on Earth did the governor give me such funds? Recently, I reported him to Governor Fayemi of Ekiti State and he promised to invite both of us to Abuja for settlement. I remember that I told Fayemi that I was going to spit on the face of Akeredolu if he repeated the lie that he was giving me N5m monthly if we meet face to face, and I would then return to Akure to resign and as well Inform the public of his looting sprees.

“Akeredolu didn’t win the election in 2016 but we made it possible for him to become governor. We were the pillars behind him and we will not support him again. He will lose this time around.”

Abegunde, a two-term member of the House of Representatives further said that he resigned because he could no longer be part of a government that made its subjects pass through hardship.

“The Akeredolu’s administration is making the entire people of the state suffer and I cannot be part of that any longer. Everyone is suffering. He doesn’t pay salaries at the right time. As a matter of fact, Akeredolu has not performed to the expectations of the masses apart from the roads he is rehabilitating.

“Akeredolu has turned Former Governor Mimiko to a saint with his own abysmal performance. We now see that Mimiko did well as governor because he gave his people enough funds to operate. I had worked with three governor’s, and I can say that in the history of Ondo State, Akeredolu is the worst governor,” Abegunde said.