Skip to content
You are here:Home|News|Trouble Looms For PMB As Kukah, Oyedepo, Gumi join Atiku at Obasanjo’s Residence Against 2019

The political atmosphere is currently at its peak at the Olusegun Obasanjo Presidential Library (OOPL) in Abeokuta, Ogun state.

The visit is to settle the rift between the former vice president and his former boss, chief Olusegun Obasanjo, and to also seek support of the former president towards the political aspiration of Atiku in becoming the president of Nigeria as the 2019 general election draws nearer.

Below are some pictures: 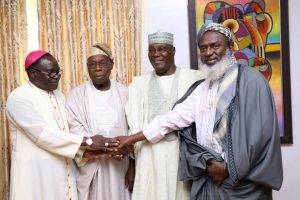 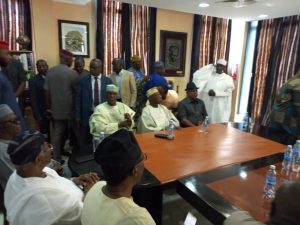 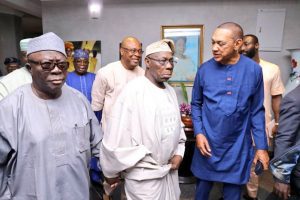