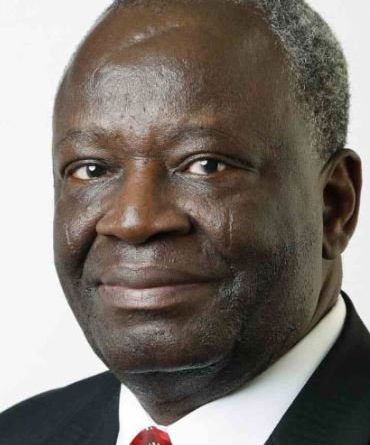 Elder statesman and former Nigeria’s Ambassador to the United Nations (UN), Prof. Ibrahim Gambari, on Tuesday said the recent killing of three police detectives and a civilian in Taraba State should not compel the police and the Army to go their separate ways.

Gambari, who said there is urgent need for a national conversation on the nation’s security challenges, warned that if the police and the Army went their separate ways, security would be compromised.

The retired ambassador called for continuous collaboration and dialogue between the police and the Army as well as among the nation’s security agencies.

He said the civil society, traditional institutions and religious bodies should support and provide intelligence for the security agencies to tackle the security challenging facing the country.

Gambari advised the Federal Government to adopt parts of the recommendations of the 2014 Constitutional Conference to address the myriad of challenges facing the country.

The former ambassador noted that some recommendations of the conference would enable the government to tackle the nation’s security challenges, especially in the areas of community police or state police.

He advised the government not to throw away the baby with the bath water.

Gambari addressed reporters after delivering an address as the chairman of a security summit with the theme: Terrorism, Insurgency and Incidence of Electoral Violence in Nigeria: The Role of Security Agencies.

It was organised by the Nigerian Army Resource Centre (NARC) and the New Partnership for African Development (NEPAD) at NARC office in Asokoro, Abuja.

Gambari said: “We cannot leave everything to the police and the Army, even leaving highway patrols to Army. The level of the challenge will weaken the police and overstretch the Army.

“There is need for continuous process of collaboration and synergy between the police and the Army to avoid the Taraba scenario in future. If everybody goes their separate ways, the security of the nation will be compromised.

“Then, again, we need to assist the police and other security agencies with intelligence and all members of the society, including traditional rulers and religious leaders. We have to look at those institutions that worked in the past and try to really use them in collaborative effort because security is the business of all of us.