Nigerians have shifted the celebration of the victory of the supper eagles to twitter with several tweets crediting the victory of the senior football team, 2-0 against Iceland in Russia, to the presence of the Senate President of Nigerian, Dr. Bukola Saraki, who was at the stadium yesterday in Russia alongside some senators to boost the morale of the team.

Nigerians took to their twitter pages to appreciate the Senate President, saying that, his presence at the field, brought goodluck to the super eagles. 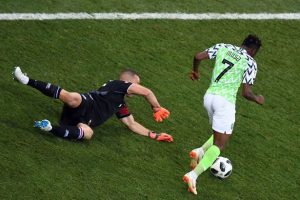 They also commended the team for beating Iceland 2 zero hands down while they described Ahmed Musa as the man of the moment. 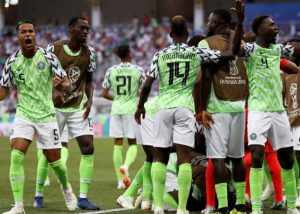 Some of their tweets were captured below: 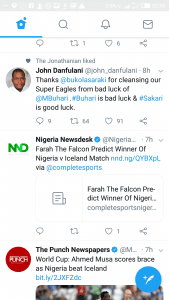 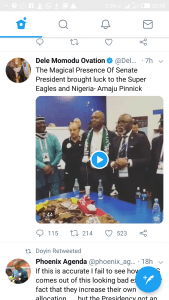 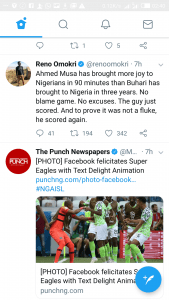 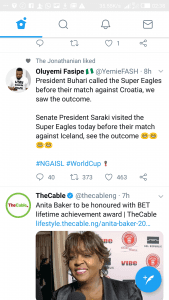 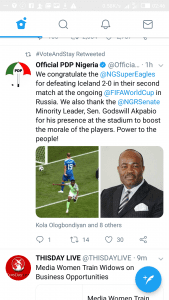 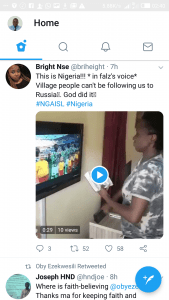