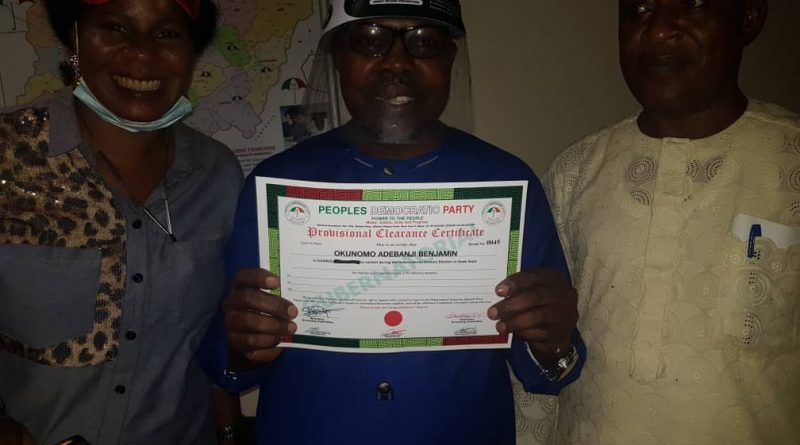 The screening committee of the Peoples Democratic Party (PDP) governorship election of Ondo State has cleared Banji Okunomo for the PDP primary election scheduled for July 22, 2020, after passing all the screening tests on Thursday.

It was gathered that six other governorship aspirants are currently receiving their certificates of clearance the moment Okunomo left the PDP national headquarters, while the clearance of two persons among the nine aspirants was step down for reasons not yet known to Starnews NG as at press time.

The names of the affected two aspirants are yet to be released by the party as at 7: Pm on Friday.

Starnews NG reports that the screening committee led by the former speaker of the house of Representatives, Rt. Hon. Yakubu Dogara, on Thursday, began the screening of all the nine governorship aspirants of Ondo State at Wadata Plaza, the national headquarters of the PDP in Abuja.

Speaking immediately he got his clearance, Okunomo said he remained focused and would not be distracted in his quest to win the ticket of his Party (PDP) in Ondo State.

According to him, he will not only win the ticket of the PDP but would also defeat the candidate of the ruling APC come October 10, 2020; adding that, a man that carries God’s grace cannot suffer disgrace.