Skip to content
You are here:Home-Uncategorized-Nigerians react as White diplomat caught on tape peeing on major Nigeria road

Nigerians have taken to social media and expressed mixed feelings following the picture of a white diplomat posted by the Vanguard Newspaper who was caught on tape peeing on major Nigeria road.

Starnews Nigeria reports that the Vanguard had twitted on Tuesday seeking the reactions of Nigerians about the ugly incident.

The development, however, caused a series of reactions on Twitter which is believed to be the most radical social network.

Reacting to the development, Adedamola Oyedokun said: “Every Nigerian does it. Why are they expecting the diplomat to be different? Besides, you have no infrastructure in place for him or Nigerians to stop and Pee along the way. And even if there is, somebody will be waiting there to kidnap him. When in Rome”

See screenshot of other reactions: 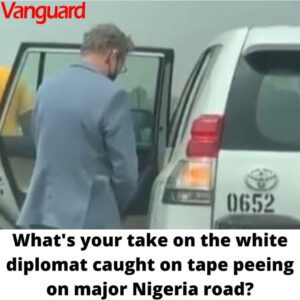 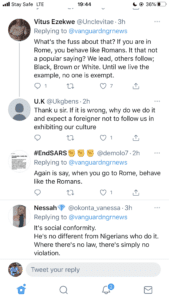 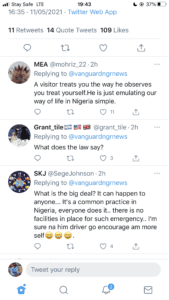 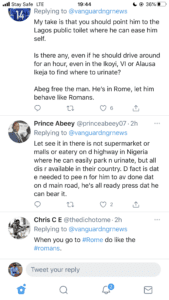 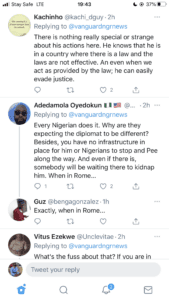 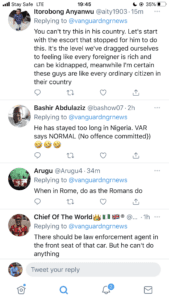