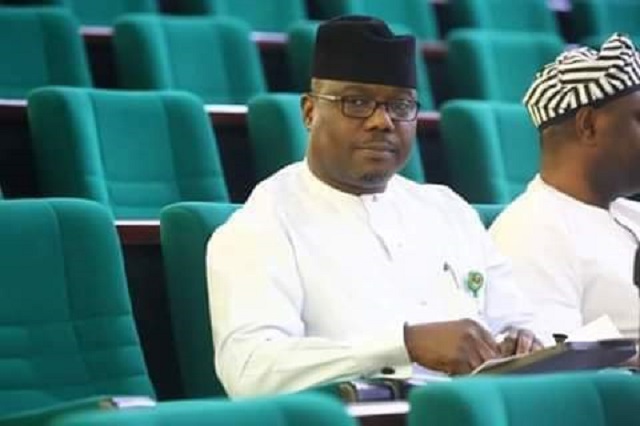 Starnews had reported that the three-man Election Petition Tribunal had nullified the election of Hon. Ikengboju Gboluga, representing Okitipupa/Irele Federal constituency in the federal House of Representatives under the platform of the People’s Democratic Party (PDP) for having dual citizenship.

The three-man panel headed by Justice Nuhu Adi, also declared Albert Akintoye of the All Progressives Congress (APC) winner of the election, and ordered the Independent National Electoral Commission (INEC) to issue Certificate of Return to Akintoye after withdrawing same from Gboluga.

Reacting to the Tribunal’s judgment, the PDP in the federal constituency said the tribunal judgment is defective, perverted and political, while some electorates under the umbrella of concerned electorates in Okitipupa/Irele Federal Constituency, said the judgment attempted to overturn the wishes of the people which was freely given to the PDP and its candidate at the poll.

In a statement by the State Secretary of the party on Sunday, Hon. Oyedele Ibine, the PDP rejected the Tribunal judgement and urged party members to remain calm, assuring that the mandate would be retrieved at the appeal court.

The party also appreciated Senator Nicholas Tofowomo representing Ondo South at the Senate for his unalloyed support at this trying period.

”The judgment of the Tribunal is perversed, defective and political, for nullifying the victory of our party (PDP) and gave same to the candidate of the All Progressive Congress and its party (APC), Hon. Albert Akintoye, over dual citizenship despite various unambiguous pronouncements of Supreme Court which should have taken precedent in the adjudication of the matter”, the PDP said:

Starnews reports that while describing the judgment as an attempt to overturn the wishes of the electorates for the ruling APC, Ayomikun Ayenitaju, who spoke on behalf of the electorates in the constituency, said the Judges were wrong to have closed their eyes to various decided cases of Supreme Court on similar matter.

”As the defendant who we voted to represent us at the green chamber had already appealed the judgment, we have the hope that the appellate court would dispense justice and correct the errors of the lower court which attempted to overturn the wishes of the electorates in favour of the ruling APC which we rejected at the poll, ” Ayomikun stated.

The PDP added that: ”Hon. Gboluga is a Nigerian by birth, and could not be disqualified from contesting election into political offices created by the Constitution of the Federal Republic of Nigeria on the ground of dual citizenship.”

”The Supreme Court had in several cases ruled that dual citizenship cannot invalidate a candidate qualification for elective offices. It is also very obvious that nobody can acquire dual citizenship of another country especially the United Kingdom without taking oath of allegiance of that country.”

”The constitution of Nigeria is also very clear on the issue of dual citizenship. Section 28 (1) explains that  “Subject to the other provisions of this section, a person shall forfeit his Nigerian Citizenship if, not being a citizen of Nigeria by birth, he acquires or retains the citizenship or nationality of a country, other than Nigeria, of which he is not a citizen by birth”

”It is on record that the petitioners in this case lost the February 23, 2019 house of representatives election with over 11,000 votes margins and only won in his ward with less than 20 votes.”

”We are not unaware of the devices of the ruling party (APC) in their desperation to come back through the back door to steal the mandate of the good people of Okitipupa/Irele Federal Constituency which was freely given to our party (PDP) at the poll.”

”We, the members of PDP in Okitipupa/Irele Federal Constituency hereby reject the decision of the Election Petition Tribunal; and we urge our party members to remain calm as we retrieve this mandate at the appeal court

”We also want to use this medium to appreciate our distinguished Senator, representing Ondo South at the Senate, Sen. Nicholas Tofowomo (SNT), for his unalloyed support at this trying period”, the statement said.