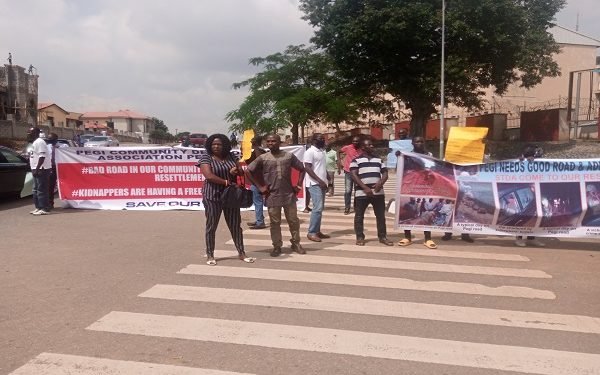 Residents of Pegi, a community in Kuje Area Council, residents of the area, on Monday morning blocked the Federal Capital Territory (FCT) Minister’s entrance gate during a peaceful protest.

It was gathered the victims’ bus was hijacked while returning from the office of the new Education Secretary of the council, Mr. Yunusa Zakari.

The Chairman of Pegi Community Development Association (PECDA), Mr. Taiwo Aderibigbe, urged the FCT Minister to find a lasting solution to the incessant abductions in the area.