200 (Two Hundred Applications have been suspended on Facebook as part of an investigation into misuse of private user data , Facebook said yesterday.

Facebook said that the investigation was launched after revelations came up that political consulting firm Cambridge Analytica hijacked data on some 87 million Facebook users as it worked on Donald Teump‘s 2016 campaign.

“We have large teams of internal and external experts working hard to investigate these apps as quickly as possible. To date thousands of apps have been investigated and around 200 have been suspended — pending a thorough investigation into whether they did in fact misuse any data.”

“where we find evidence that these or other apps did misuse data, we will ban them and notify people via this website.”

“We suspended the myPersonality app almost a month ago because we believe that it may have violated Facebook’s policies,” Archibong said Monday in response to an AFP inquiry.

“We are currently investigating the app, and if myPersonality refuses to cooperate or fails our audit, we will ban it.”

The revelations over Cambridge Analytica have prompted investigations on both sides of the Atlantic and led Facebook to tighten its policies on how personal data is shared and accessed.

“There is a lot more work to be done to find all the apps that may have misused people’s Facebook data — and it will take time,” Archibong said.

Facebook chief executive Mark Zuckerberg spent most of the past month on the fallout from revelations about Cambridge Analytica’s data hijacking, seeking to assuage fears that the California-based internet colossus can safeguard privacy while making money by targeting ads based on what people share about themselves.

Efforts to rebuild trust in Facebook include a review of all applications that had access to large amounts of user data.

The 200 applications Facebook said it suspended included one called myPersonality that collected psychological information shared by millions of members of the social network who voluntarily took “psychometric” tests. 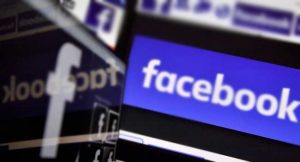