Skip to content
You are here:Home-News-I Never Receive Salary Since I Became Governor — Aregbesola

I Never Receive Salary Since I Became Governor — Aregbesola

Governor Rauf Aregbesola of Osun State has declared that he has never received any salary as governor since he became the executive governor of Osun State.

He made this known to the general public on a live programme aired by TVC Oshogbo titled: “Ogbeni Till Day Break” .

The governor who said there is no justification to earn a salary as a governor because according to him, every basic necessities needed by him is being enjoyed freely. 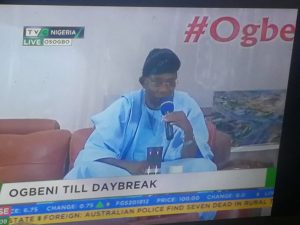 “I enjoy free accommodation, free transportation and free health care. What is the justification for earning a salary still?” Aregbesola posited.