Skip to content
You are here:Home|News|I Have Surpassed 16 Years Achievements of PDP In 3 Years –Buhari

President Muhammadu Buhari has said that his administration has within 3 years surpassed the achievements of the People’s Democratic Party (PDP) in 16 years.

President Buhari gave this statement yesterday at the palace of Nuhu Sanusi, emir of Dutse, in Jigawa state.

According to a statement released by Garba Shehu, his spokesman, president Buhari said his administration is delivering on promises with “clear-cut targets and prudent management of resources” in a way that will bring an end to stealing of government resources.

He said the dwindling oil prices that started in 2016 did not discourage the federal government from setting development targets and “achieving more in three years than the 16 years of PDP’s misrule”.

“The growing support the administration enjoys is because Nigerians understand the “unpleasant realities” it inherited.”

“There is a genuine effort to reposition the economy “in spite of what the opposition keeps sponsoring in the press”, president Buhari stated. 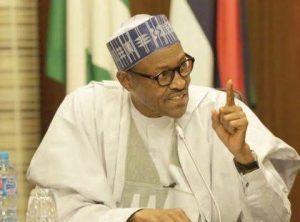