Skip to content
You are here:Home-News-Guber Poll: Group Mobilises Support For Kolapo, PDP, In Ekiti

The Ekiti State chapter of the Council of Concerned Youth of Nigeria, (COCYON), has started mobilising the youths of the state in support of governor Ayodele Fayose of Ekiti State in his quest to install a successor, candidate of the People Democratic Party, professor Kolapo Olusola through the forth coming July 2018 gubernatorial election in the state.

The group, through a statement issued and made available to our correspondent by the Ekiti state Coordinator of COCYON, Hon. Dairo Dennis, listed their reasons for mobilising support for the PDP candidate as follows: 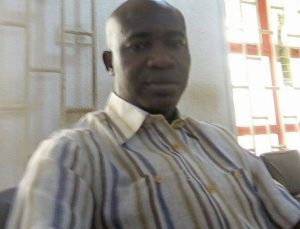 The Coordinator said : “The PDP in Ekiti State under Gov Fayose gave opportunity to the youth to participate in governance.” According to Dennis: “all serving local government chairmen, councilors, supervisors are all youths in their early 30s with the oldest youth among them around 40years of age”.

The group also alleged that a vote for Fayemi is a vote for Fulani Cattle colony against the freedom of Ekiti Farmers.

Part of the statement read:

“We are supporting governor Fayose and the PDP candidate, professor Kolapo Olusola because we can’t go back to the analogue leadership any longer where 75 years old are made councilors, local government chairmen, supervisors etc.. when already, the youth of Ekiti State are  participating in governance in their early 30s under Fayose with many as local government chairmen, councilors and supervisors.

“We will be shooting ourselves at the legs if we leave a political party that is  promoting our mission and vision of digital leadership of youthful generation to support a party still promoting analogue leadership of old generation.

“Besides this reason, To vote for Fayemi as Ekiti governor is like voting for Fulani cattle colony in Ekiti.

Recall that some weeks ago, the National President of the group (COCYON), pastor Olumide Akinrinlola, wrote an open letter to all the youths in Ekiti State, advising them to use the Ekiti election to lay the foundation of becoming leaders of today against becoming leaders of tomorrow as he claimed in the letter that their tomorrow in Ekiti is now because the word “tomorrow” is always in the future and can never be exhausted according to him.