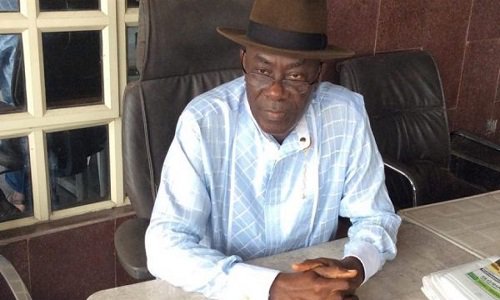 A chieftain of the Peoples Democratic Party (PDP) in Bayelsa State, Senator Nimi Amange, has joined the All Progressives Congress (APC).

Amange, who represented Bayelsa East in the Senate, said he joined APC because Governor Seriake Dickson arrogated PDP to himself.

His intention was contained in a letter he sent to the Chairman of Ward II in Nembe Local Government.

Amange said his romance with APC started before the 2019 election when he helped the party win his senatorial district and the House of Representatives seat.

“I was one of the founding fathers of PDP in Bayelsa State. I did not join the PDP; I was part of the formation in August 1998, and I have been there since. But I have never seen this kind of authoritarian rule. So, I have decided to pitch my tent with a party that can uproot the party from the ground so that Bayelsans will be freed. I promise you Bayelsans will be freed come November 16.

“Today, I can tell you that the APC candidate, David Lyon, comes from Southern Ijaw council; that is the council with the highest voting strength. Definitely, that council is for APC. I come from Nembe and by joining APC, Nembe has fallen into the hands of APC.

“Brass is where Timipre Sylva comes from and Brass normally is for APC. Those three councils are gone and we can give Kolokuma/Opokuma, the smallest council, to PDP because their candidate is from there. Sagbama, where the present governor comes from, will be donated to him because his running mate is from there.

“Where the governor comes from is where he picked his party’s deputy governorship candidate from. The question is what will other councils do? We can still donate that to him. We are taking three, they are taking two. The remaining councils are 50/50.”