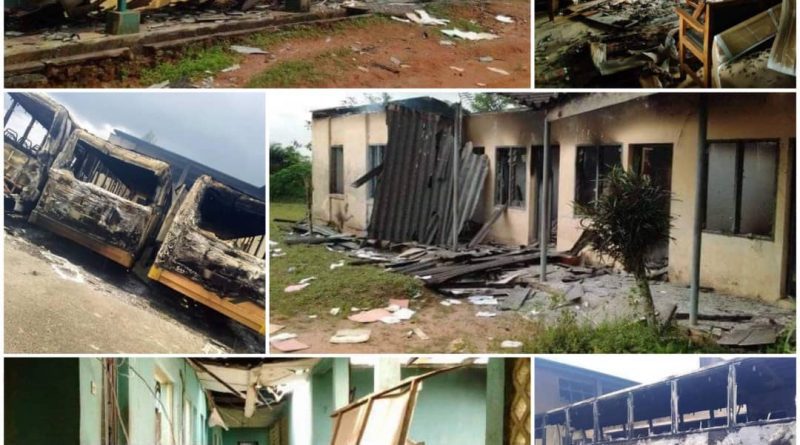 Pastor Olusegun Aiyerin, a chieftain of the ruling All Progressive Congress (APC), has called for the education and re-orientation of Nigerian youths following the monumental destruction of public infrastructure and looting of private and public warehouses across the country under the guise of #ENDSARS protests.

Aiyerin, a two-term chairman of Okitipupa Local Government also condemned the violence perpetrated by hoodlums in Okitipupa local government recently where the local government secretariat, the court complex, Okitipupa palm oil company, the police station and INEC office were burnt in the name of protests.

Speaking at a meeting of all the Royal Fathers in Okitipupa local government held at the palace of His Royal Majesty, Oba Micheal Adetoye Obatuga, the Jegun of Idepe-Okitipupa where the ugly situation was reviewed to proffer the way forward, the immediate past Commissioner for Agriculture in Ondo State, advocated the inauguration of different committees on security, youth education and re-orientation, among several others.

He said if the youths are not properly educated, such act of violence could discourage the illustrious sons and daughters of the local government from establishing businesses in the area.

“We have never witnessed this type of crisis in our local government. Even in the 1983 Ajasin/Omoboriowo crisis, We were prevented by our Royal Fathers from partaking in the imbroglio.”

“Though we thank God that a single life was not lost. Only God knows what would’ve happened had the hoodlums met Engr Ifeoluwa Oyedele at home. It behoves on us all to encourage our illustrious sons and daughters so that they won’t be discouraged from establishing businesses in our land because of this ugly experience.”

“I suggest the establishment of different committees on security, youth education and re-orientation to prevent future occurrence”, he said. “We also need to set up another committee on reconstruction and rehabilitation of the damaged infrastructure. We need to reach out to our sons and daughters at home and abroad for the establishment of a trust fund”, Aiyerin added.

Starnews Nigeria reports that the meeting was attended by top politicians and opinion leaders of Okitipupa local government area of Ondo State.