Skip to content
You are here:Home-News-EFCC Goes After Obasanjo Over $16b Power Project

EFCC Goes After Obasanjo Over $16b Power Project

The Economic and Financial Crimes Commission (EFCC) has begun the probe into the controversial $16 billion allegedly spent on power projects during the administration of former President Olusegun Obasanjo. 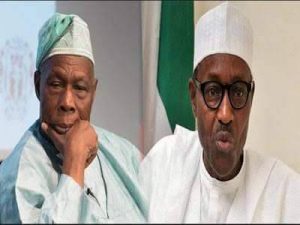 A top EFCC official was quoted by the nation newspaper to have said that:

“We are looking into all the allegations and issues surrounding the power projects.

“This investigation will actually ascertain how much has been spent so far.”

“Already, a team is collating facts and figures on these projects as part of the preliminary level/ bend of the investigation.”

“We will retrieve the report of the House of Representatives Committee which investigated the power projects.”

Meanwhile, former presidential aide to Dr. Goodluck Jonathan, Mr Reno Omokri has described the EFCC move against former President Olusegun Obasanjo as a witch-hunt against the former president for rejecting the reelection agenda of President Buhari.

Read his response as tweeted:

“For 3 years Buhari has been in power. It is only after Obasanjo rejected his reelection agenda that EFCC, whose chairman publicly wears Buhari reelection lapel pin, decided to probe Obasanjo. If you still believe there is an anti corruption war, you need spiritual deliverance!”

Although, former president Obasanjo seem to have envisaged his probe when he said in his earlier response to this allegation that he was ready for investigation.