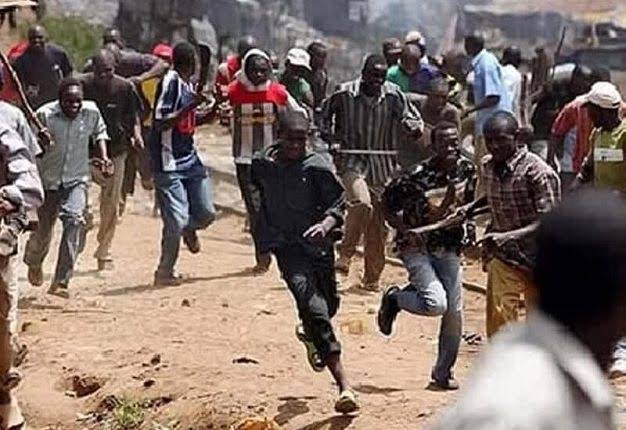 Clerics, under the aegis of Catholic Bishops’ Conference of Nigeria, yesterday expressed sadness over the killings in Southern Kaduna.

The clerics noted that the killings have been persistent because the perpetrators had not been brought to justice.

They said there cannot be peace in the area if the Federal and state governments fail to punish the perpetrators.

The clerics advised Catholics across the country to pray for an end to the killings.

In a statement in Abuja by their President, Most Rev. Augustine Akubeze, the conference warned against politicising the killings.

The statement said: “We, the members of the Catholic Bishops’ Conference of Nigeria, have been following the recent events in Nigeria closely. We continue to hear of increasing insecurity and unabated acts of terrorism in Northern Nigeria.

“We are all tired of this situation. We do not want any politician to politicise the killing of Nigerians. There should be one response from everyone, and that is, the killings must stop.

“Our hearts are bleeding, and we are more troubled when we hear of the massacre presently going on in Southern Kaduna. We want all the people suffering the incessant attacks in Southern Kaduna to know that all Catholics in Nigeria are praying for them.

“We call on the Federal and the Government of Kaduna to bring a complete stop to the killing of innocent people. The loss of the life of any Nigerian does not help to further the agenda of any religious ideology or the ambition of any politician.

“There will never be sustained development built upon the bloodshed of innocent people brutally murdered by religious fundamentalists without any recourse to justice for the victims.

Also, activists, under the aegis of Global Peace and Life Rescue Initiative (GOPR), have said security agencies need support to end the killings in Southern Kaduna.

GOPR noted that the onerous task of restoring normalcy in Southern Kaduna should not be left in the hands of the security agencies alone but on community leaders and other residents.

It said this would enable the military to gather intelligence and reports of suspicious movements as well as suspected criminals.

In a statement by its Executive Director, Melvin Ejeh, GOPR said: “We are, therefore, appealing to communities to give timely and accurate information to security agencies to enable them become proactive since they can’t be everywhere.