Skip to content
You are here:Home|News|Ambode Provides Free Wi-Fi For Lagosians At Parks

Governor of Lagos State, Mr. Akinwunmi Ambode has provided secured public Wi-Fi at some parks and Garden in Lagos State for the residents to have access to browsing freely, Mr Hakeem Fahm, Lagos State Commissioner for Science and Technology, has said.

According to Hakeem, the free public Wi-Fi at the state’s Parks and Gardens was secured by Wireless Protected Access (WPA).

WPA is a security standard for users of computing devices equipped with wireless internet connection.

Mr Fahm said Lagos residents had begun to have access to the free Wi-Fi provided by the state government at three selected parks and gardens. 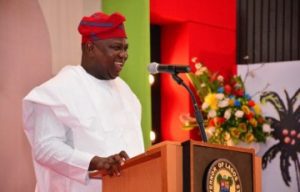