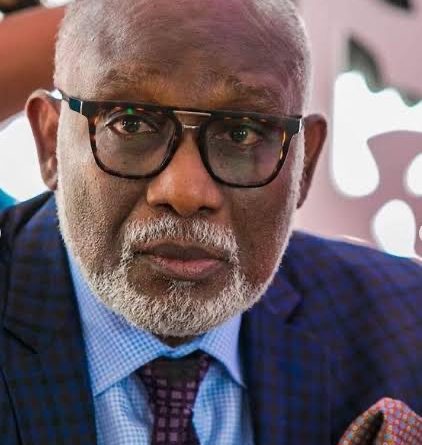 Sources within the government circle has revealed to Nigeriancable News Online Newspaper on the condition of anonymity that Governor Rotimi Akeredolu of Ondo state allegedly sacked the state Attorney-General and Commissioner for Justice, Mr Kolawole Olawoye, for advising him to obey a court verdict on the reinstatement of suspended Honourable members of the Ondo State House of Assembly.

Starnews Nigeria reports that the governor on Monday announced the sack of the state Attorney-General and commissioner for justice, Mr. Kolawole Olawoye and subsequently nominated Mr. Charles Titiloye to the State Assembly for confirmation as a replacement of Olawoye in a statement signed by his Chief Press Secretary.

According to the statement, the governor did not give any reason for sacking Olawoye. But findings by NigerianCable News Online said Olawoye was allegedly sacked for advising the governor to obey a court order which reinstated some suspended state lawmakers according to government sources who confided in the newspaper.