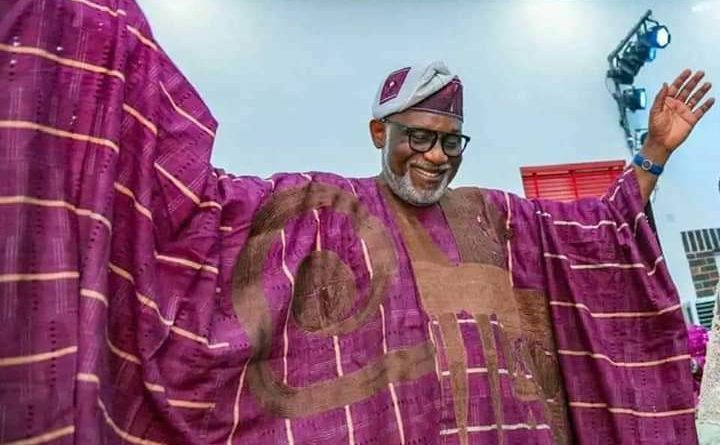 After weeks of absence, Governor Rotimi Akeredolu will on Friday return to Akure, the Ondo state capital.

The governor has spent most time of his absence in Abuja, the federal capital where he performed some state functions.

The Nation reports that plans are under way to receive the governor, who is also the Chairman, Southwest Governors Forum by members of the All Progressives Congress, market women,  close associates among others

Many observers believed Akeredolu long stay in Abuja, might mainly be due to health challenges which however could not be confirmed.

Although, the nature of his sickness was also not made public, Governor Akeredolu was said to be resting in Abuja.

Most of  his supporters are warming up to receive him as branded T- shirts have be shared.

The Governor is expected to be received amidst celebrations at Akure Airport at the weekend.