Skip to content
You are here:Home-Starnews Editorial-Adebowale: A densely populated community in Akure neglected by Ondo government

Adebowale is a densely populated community on Ondo Road, adjacent to the second gate of 32 Artillery Brigade (Owena Cantonment), Akure in Ondo State.

Sadly, despite being in existence for a very long time, the community has nothing to show for its longevity because it is under lack of care by successive administrations in Ondo State and the community does not have a government presence, Starnews Nigeria writes.

The situation has not been easy for members of the community because different sorts of indignities occasioned by the terrible condition of the only access road were causing severe hardship for residents of the area, as well as visitors.

Starnews Nigeria’s visit shows that the bad state of the road had taken a toll on the residents, as well as commercial and social activities in the area. Apart from the fact that there is no government project in the Community, the only access road is bumpy, pothole-riddled, and flooded with ditches.

Starnews Nigeria reports that movement to the only access road is not very convenient, it was very bad, especially during this rainy season. But it is also very dusty during the dry season according to our interviews with residents of the community.

Motorists and pedestrians experienced hardship during the rainy season because, usually, it is always flooded with potholes and nearly impassable when it starts raining heavily while many people cover their noses with handkerchiefs or with their palms when passing through the road during the dry season because of the dust.

Upon our invitation to the community by frustrated, and helpless residents who are wondering why Akeredolu’s government has refused to fulfil his electioneering campaign promises to construct the access road, it takes our correspondents hours of hard driving to connect to the major streets in the area because of the bad road and difficult terrain.

Residents are tired of waiting for the government to redeem several unfulfilled promises. The Ondo State government led by Governor Oluwarotimi Akeredolu has seemingly abandoned the residents of the area despite their electoral values being a densely populated community in Akure, Ondo State.

According to a resident who pleaded anonymity, the only help they get regularly is from a palm kernel processing industry in the community that always helps to grade the road mostly during the dry season despite a myriad of challenges bedevilling them due to lack of government presence.

Adebowale is one of the most viable communities in Akure in terms of agricultural output but the biggest nightmare for residents and motorists in the community is the dearth of access roads.

Starnews Nigeria is earnestly calling on the incumbent administration of governor Akeredolu to as a matter of urgency assist in this direction to construct the access road being the primary request of the good people of the Adebowale community. 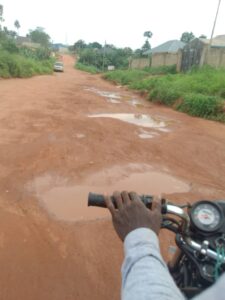 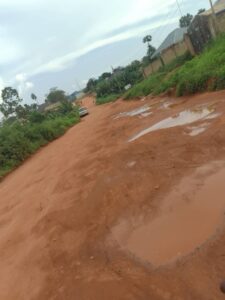 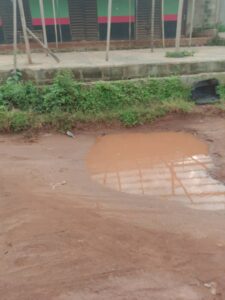