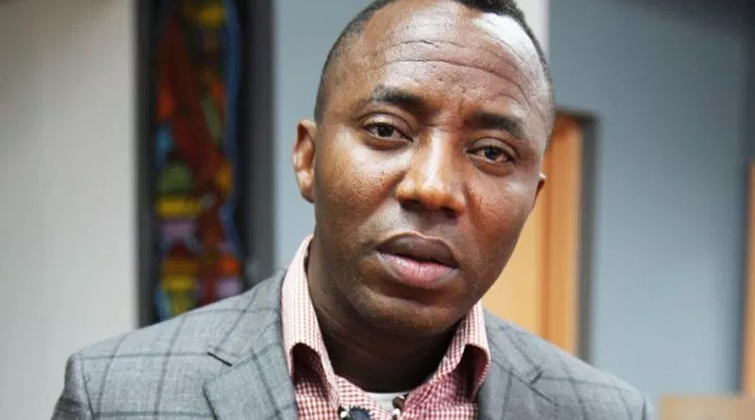 Some activists on Saturday staged a protest at the headquarters of the Department of State Services in Abuja, demanding the release of the convener of #RevolutionNow protest, Mr Omoyele Sowore, and Olawale Bakare.

The Abuja Division of the Federal High Court had issued the warrants for the release of the duo and the DSS has acknowledged receipt of the warrants.

DSS on Thursday, however, said it did not release Sowore and Bakare because there was no lawyer to receive them.

This claim has been faulted by human rights lawyer, Mr Femi Falana (SAN), on Friday. He stated that the DSS decided not to release his two clients to his lawyers who waited in vain for not less than four hours at the DSS headquarters in Abuja on Thursday.

On Saturday, social activist, Deji Adeyanju, and other activists went to the headquarters of the DSS but he said Sowore was not released.

He said, “They have refused to release Sowore to me or his lawyer here. All their Ogas (boss) claim they are not at work. #FreeSoworeNow.”

Reacting to the development on Saturday, the Executive Secretary of the National Human Rights Commission, Mr Tony Ojukwu, said in a statement that such conduct of disobedience to court order eroded the confidence of the people in government and the judiciary.

He stated, “Many cases have been reported to the commission about investigating police officers and state security officers deliberately refusing or delaying to verify bail conditions following court orders just to punish suspects unduly for reasons that are not constitutional.

“The constitution guarantees the innocence of every citizen of Nigeria until proven guilty by a court of competent jurisdiction.

“A situation where the orders of courts are continuously disobeyed by security agents makes such security agents judges onto themselves and such situation does not augur well for our democracy based on separation of powers and rule of law.

“It makes the law uncertain at any point in time and leads to the loss of confidence of the people in government and state institutions, of which the judiciary is one.

“A situation like this can also lead to self-help, thereby creating more problems for law enforcement agents and threatening the precarious situation of state responsibility to respect, protect and fulfil human rights in the country.”

Late on Friday, the DSS through its spokesperson, Peter Ifunaya, blamed the non-release of Sowore and Bakare on the alleged failure of their lawyers to take their delivery on Friday.