Skip to content
You are here:Home-News-2019: Uncertainty Over Card Reader, Live Transmission of Election Result As Buhari Refuses To Sign Amended Act

The general elections of February/March, 2019, may have been insinuated into the sphere of jeopardy, if President Muhammadu Buhari’s refusal to grant assent to the amended Electoral Act stands.

This is not because President Buhari is set to directly cripple the electioneering process. However, it is because the amended Act, which packs within it some provisions which are expected to detoxify the old version, may not see the light of day.

The vacillation of Mr. President over the amended Electoral Act, which climaxed on Friday, December 6, 2018, some 72 days to the general elections which will commence with the Presidential and Federal legislative elections on February 16, 2019, with the President returning the amended version to the National Assembly, unsigned, raises concerns of possible disruptions to the elections, if legal changes are introduced so close to the election. But very mean political observers view this rejection as a corruption of the process. 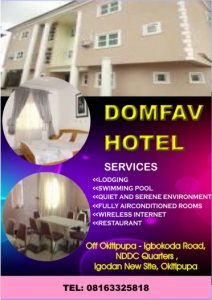 The amended Act provides penalties for a refusal to transmit, just as the direct transmission of results to the cental point immediately after counting at every polling unit knocks off the possibility of collusion or conspiracy to collude.

While those who support the President aver that rather than corruption for personal gain, the President was only being careful to avoid legal and political tardiness, a counter-intuitive position insists that it was a tragedy that the demand by Nigerians for presidential assent to the amendment has been jettisoned and in its place the President has voted for the type of chaos and governance uncertainty that befell the APC Primaries where everyone was allowed to choose their own laws for conducting primaries while the party determined arbitrarily which of the outcomes it chose to abide with, to a ridiculous game that will mar rather than improve the integrity of elections.
Anyone following the Presidents preferences since coming to power may easily predict the current outcome. From the President’s suspected initial preference to appoint his Sisters step-daughter, Mrs Amina Zakari, as the Chairperson of INEC, only to perish the thought when public pressure became too much to bear, to the type of outcomes elections conducted under this regime has produced, there are those who, rightly or wrongly, express anxiety at the type of electoral configuration that is in the offing.

From what has happened so far, it may not be too difficult to come to the disturbing conclusion that the President may either be blatantly unconcerned with integrity or ethics when the matter of election is at issue, or some individuals within the Presidency are the ones pulling the strings in the name of President Muhammadu Buhari.

This conjures a very strange, nostalgic feeling when interfaced with the fact that the present administration is a beneficiary of the electoral reforms – albeit imperfect – engendered by Jega. However, when pitched against the recent statement of the very progressive-minded First Lady, Aisha Buhari, that two or three individuals are the ones drawing back the progress of this administration, it would, therefore, be safe to conclude that the individuals are now set to draw back the progress of the generality of Nigerians for their own selfish ends, using the instrumentality of the legally defective old Electoral Act for the 2019 general elections Despite the excuses given for returning the Bill to the National Assembly, the actions of the Presidency, prior to this anti-climax, appeared to have betrayed its reluctance to face a general elections under an improved Electoral Act.

Describing the early signs of the reluctance that the President raised concerns of spelling errors, as reasons for earlier refusal to sign the last two versions sent to him, even though the perceived fear was the Card Reader which makes rigging on a large scale problematic, it still beguiles the mind. For instance, the joint collegiate approach to accommodate the concerns of all was adopted and everybody came on board to develop a widely accepted document as the draft electoral legislative framework.

Further more, it was the Senate Committee, representatives of the Executive, led by the Presidential liaison officer, Senator lta Enag, along with other aides, as well as members of civil society, that all jointly worked together to review the expressed concerns of everyone, which were addressed in the improved document that was again returned by the President.

Very competent sources disclosed to Sunday Vanguard that after the necessary adjustments were made, the collegial copy’s final cleaned-up draft was again given to the Presidential team in advance to review, just in case there were still further concerns. Shockingly, none was raised; before it was officially, finally, transmitted.

The presidency accepted it after examining and evaluating the advanced copy suggesting that it was okay with it. The President’s excuses for returning the amended copy is only a pretext that appears to lack weight, when weighed against the potential overall benefits.

The reality is that this Presidency appears to be a front for a few power brokers who are afraid that their gravy train is reaching the terminus. And this amended Electoral Act, which is a legislative bill, is a reminder of that terminus. They appear to be the ones reading the Electoral Act and telling the President not to sign or approve it.

Whereas those opposed to the Electoral Act as amended may have a false sense of security in trying to operate an electoral regime that is fraught with uncertainties, they seem to have forgotten that they are not in a position to predict what may happen when things go sideways, as it did in Osun State, where the opposition’s candidate gave a good, very good fight, in spite of the disappointing roles, reportedly played by security agencies, acts corroborated by international observers and which also gave the electoral commission a black eye.

The APC Senate leader, Senator Ahmed Lawan, gave an inkling of the type of Senate President he would have been when he openly supported the refusal of Mr. President to assent to the Bill, not minding the deficit this act will create for the needed progress in Nigeria’s march towards the enthronement of better election environment. Worse, Nigeria may be reaching a new low whereby a candidate in an election determines which laws to operate in an election he would participate, not minding the larger implications for other elections. But all hope is not lost.

The reason is that within President Buhari’s All Progressives Congress, APC, there are still individuals who are of the view that a better election environment bodes well for the generality of NIgerians with the eventual possibility of building a trully egaliterian society. By the same token, the plethora of political parties in the country can force the hands of the Independent National Electoral Commission, INEC, to sign a binding pact, that promulgates strict penalties for its staff who violates the intended virtue of transmitting results from polling units to the central collation point.

This would be a throwback to the ugly aspect of the 2015 election where the use of Card Reader was enforced in the observance in some parts of the country, while it was observed in the breach in other parts, thereby creating an uneven field of contest, a situation which the amended Act seeks to banish, but which Mr. President has refused to grant.

It is in the place of the judiciary to determine and interpret which flaws may arise therefrom, and not an individual participating in an election determining which rules to follow. 2019 poll:

Just as President Buhari, in his own sphere of thought, has rightly expressed concerns regarding the timing, it should be stated for the records that former President Goodluck Jonathan, on March 26, 2015, just 48hours to the presidential election of that year (March 28, 2015), signed an amended version of the Electoral Act, which knocked of Section 52 of that version, which prohibited the use of electronic devise. It was that new signed version that gave gravitas to the efforts of the Jega-led Commission in its drive to conduct what has beecn described as a free and fair election, an election which brought in President Buhari.