Skip to content
You are here:Home|Politics|2019 :Ondo APC May Settle For Yele Omogunwa In Ondo South

2019 :Ondo APC May Settle For Yele Omogunwa In Ondo South

A close associate of governor Oluwarotimi Akeredolu has confidentially told Starnews.com.ng that governor Oluwarotimi Akeredolu of Ondo State has alledgely given nod to the second term bid of senator Yele Omogunwa to contest for second term as the senatorial  candidate of the All Progressives Congress (APC) in Ondo south in the forth coming 2019 State and National assemblies election in Nigeria.

The reliable source hinted our correspondent that the governor told some close party leaders in Ondo State APC to work for the emmergence of the serving senator of Ondo South, senator Omogunwa as the candidate of APC in Ondo South senatorial district for the next senatorial election in 2019.

The source said the governor concluded  that senatorial election is very expensive and as such, the party (APC)  needs a candidate who can fund his/her election without depending on state purse because the state government is not ready to spend state resources to finance any election in 2019 due to what the source called cash crunch in the system.

Meanwhile, information we received from senator Omogunwa’s camp indicates that such bargain of securing a second term ticket was allegedly part of the deal Omogunwa struck with the ruling APC under the leadership of the governor  before he initially defected from the People’s Democratic Party (PDP) to the APC after winning his senatorial election with landslide through the PDP in 2015 last general election. They confirmed that governor Akeredolu has assured the Senator of getting the ticket of APC to recontest in 2019 national assembly election and represent APC in Ondo south.

Our independent investigation shows that some leaders of the party who were aware of the governor decision were not comfortable with the interest of the governor supporting Omogunwa for second term.

On inquiries, some APC chieftains who spoke with our correspondents over this development expressed mixed feelings.

Some said the alleged endorsement of Senator Ogunwa by the governor means the ruling APC has traded their victory easily to the opposition PDP without stress.

Another set of people claimed they are not aware of such information but said Omogunwa indeed has the right to test his popularity for second term, saying  the alleged conclusion of the governor that the Party (APC) needs money to run election was indeed true. They claimed that Senator  Omogunwa is still the most potential aspirant among those who have shown interest to run for the senatorial seat under APC in Ondo south.

Others were of the views that money will suffer defeat in 2019 as people will vote for credibility and performance not money. These group of people also said that God already know the next Senator of Ondo South in Ondo State come 2019. 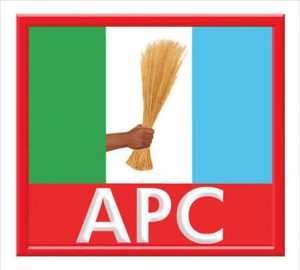