Skip to content
You are here:Home|News|2019: Mass Defection Hits Ondo APC As Party Loses 10,000 Members To PDP In 7 Days

The ruling All Progressives Congress (APC), has suffered a great loss in Ondo State as no fewer than 10,000 of her members defected to the opposition People’s Democratic Party (PDP) within the last 7 days. 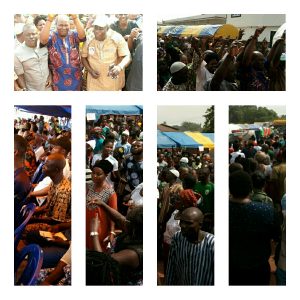 Today, in Okitipupa Local Government of Ondo State, APC membership cards, party flags, were destroyed as another set of 5,000 members of the ruling party defected to PDP.

Recall that about 5,000 Members of the party defected to PDP in Akure South Local Government of Ondo State last weekend.

The defectors who were loyal to Chief  Olusola Oke, a chieftain of the APC, from Okitipupa, Irele, Ilaje and Ese Odo Local Governments of Ondo South, were led by Mr Akinrinwa Oriola to join the PDP in Okitipupa, Ondo State. 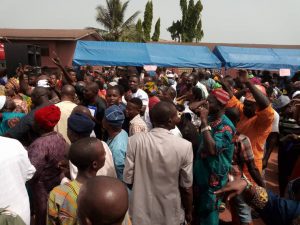 They alleged marginalisation and insensitivity to their plights by the leadership of APC in Ondo State.

They also adduced leadership failure, poor performance, excruciating poverty in Nigeria, lack of internal democracy, deteriorating economy, as part of the reasons for joining the PDP. 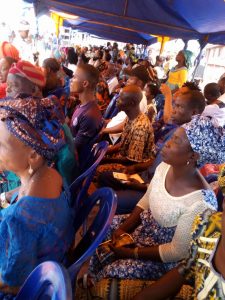 They promised to mobilise massive support for the presidential candidate of the PDP, Alhaji Atiku Abubakar, and all the candidates of the party in Ondo South, Otunba Nicholas Tofowomo, Ikengboju Gboluga and other candidates who are contesting for State and National Assembly elections.

While receiving the defectors on behalf of the opposition PDP, Chief Eddy Olafeso, Vice National Chairman (Southwest) of the PDP, described the defection of APC members as exodus movement from bondage to freedom.

Also speaking at the occasion, Ondo State chairman of PDP, Engr. Clement Faboyede, said the new defectors have equal rights with the old members of PDP, thereby, encouraging them to exercise equal rights as competent members of the party.

Former governorship candidate of the PDP in Ondo State who was also present at the event, Barr Eyitayo Jegede (SAN), said APC has failed and should be voted out in 2019 general election.

At the event was also former Senior Special Assistant to governor Oluwarotimi Akeredolu on oil and gas, Barr Benson Enikuomehin who joined the PDP two weeks ago. 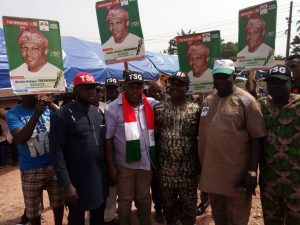 According to him, he has compared the party with PDP and discovered that APC represented “a drowning ship already heading to perdition. “